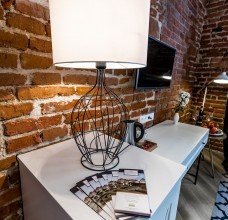 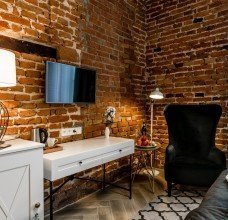 Janów Podlaski, in its heyday, was located at the meeting point of western and eastern civilizations, it was a melting pot of cultures and an example of harmonious coexistence of many traditions and religions. Its perfect location contributed both to its prime as well as to its falls.  The town, vigorously developing in the 16th century, fell prey to many persecutors, and the stormy history of Poland has definitely marked it.

In the eyes of  history lovers, Janów Podlaski and the the surroundings, with the history of the settlement dating back even to the Palaeolithic times, will surely be still hiding many secrets.

In the early Middle Ages, Slavic people started to appear on  the land of Lubelszczyzna, and that was the time when the history began, first of the village of Porchowo, and then - of the city of Janów.

ON ITS WAY TO SPLENDOR

In 1423, the Grand Duke of Lithuania presented the village of Porchowo, with its adjacent dominion, to a Lutsk Cathedral Church. In 1428, the first wooden church was erected in the settlement,  the Saint  Trinity Church.

In the year 1437, the transfer of the land to the Lutsk Cathedral was confirmed by Sigismund I, the Grand Duke of Lithuania.

In 1450, a Lutsk Bishop, Jan Łosowicz relocated the Bishop's Residence from Lutsk to the village of Porchowo.

In 1465, Kazimierz Jagiellończyk conferred the municipality rights upon the settlement, under the Culm Law. The town was named Janów - after Bishop Jan Łosowicz, who had been striving for the privileges and development of the town.  From that time on, the town's coat of arms represents the Host and the Chalice.

The end of the fifteenth century was the time of town expansion, a John the Baptist brick church was erected, the Castle  - a residency of bishops, was extended; churches, an othodox church, and a synagogue were erected.

Subsequent bishops made efforts to win numerous privileges for the town, contributing to its development.  Since that time on, Janów has been called Janów Biskupi (Bishops' Janów). The magnificent time of prime fell on the end of the 16th century and the 17th century.

Situated on important communication routes - a land route from Kraków to Vilnius and on a water route –  the Bug river to Gdańsk,  Janów Podlaski became not only an important spiritual centre, but its demographics and economy developed also.

At the end of the 16th century, the town, destroyed in several sizeable fires, was left without a chance for reconstruction.  The Swedes robbed and plundered the Castle, the churches and other buildings during the war between 1655-1657 and the Russians completed the vandalism a little later during the Moscow Raid in 1660.

The history of Janów is the history of raising and rebirth. 1687 saw the opening of a seminary, in 1673 the town received new privileges, under the Magdeburg rights.

In 1714 bishop Aleksander Wyhowski started works on the construction of the St.   Trinity Church. Second half of the 18th century is the time of reconstruction of the Castle on the hill.  In the years 1770-1780, the buildings were erected, that still exist there.  Bishop Paweł Turski, in the place of a devastated residence, erected a baroque palace surrounded by a moat, an English-style park, with outbuildings and ponds.

After first partition of Poland in 1772, Janów was under the Russian rule.

The long time of the Lutsk Bishops"patronage", the most important period in the history of Janów, was closed with the figure of Adam Naruszewicz, the most renown resident of the Bishops' Castle, a great scholar, historian and poet.  He was the last Bishop of Lutsk - since his death in 1796 Janów has not been a place of Lutsk bishops' residence any longer - czar's authorities took the residence away from the bishops.

In 1816 Janów was officially renamed from Biskupi to Podlaski and became a residence of bishops of the newly created Diocese of Podlasie.

In 1866, czar's authorities liquidated the diocese, and in 1867 Janów lost its municipality rights. It was the partitioner's response to citizens' joining the January Uprising.

The end of he ninetieth and the beginning of twentieth century saw another attempt to rebuild Janów, but the town was destroyed again in the World War First.

In 1918, with regained independence of Poland,  it regained its municipality rights and became the centre of administration of the Poviat of Konstantynów and the seat of the reactivated Podlasie See, with  growing economic importance and a good perspective for development.

The Second World War brought another change - losing a significant amount of population and suffering repressions from the occupier were too heavy to sustain, Janów lost its municipality rights again - in 1945.

After the war, Zamek Biskupi was seized by the government and handed over to the Janów Horse Stud.

From the 90s, this magnificent mansion, unrenovated and half-forgotten, has attracted only genuine enthusiasts and lovers of history or travellers lost in the beauty of Polesie...

AND TODAY,  Janów Podlaski is popular again.  The settlement is beautifully situated on a hill, in the valley of the Bug River, upon protected lands of the Podlasie Bug River Gorge Scenic Park, attracts history enthusiasts, horse lovers, those who are particularly fond of  beautiful scenery, charming corners of the world, and picturesque villages. Folk traditions are still alive here, numerous antique monuments witness the stormy and interesting history of the area, and the beauty of the nature brings rest and relaxation.

One of the most famous horse studs in the world, located less than two km from the Castle facilities, is a meeting point for Horse breeders from all over the world.

Janów Podlaski is the place where history meets the modern day.

The Temple of Contemplation and the ghost of Naruszewicz - made of field stone (1790), situated at the end of the linden alley, the cave was a place of contemplation and a workshop to bishop Adam Naruszewicz, the father of Polish classicism, a historian and a poet.  By tradition of the Podlasie region, Adam Naruszewicz compiled the theses for the Constitution of May 3rd and it was here, that he predicted the fall and captivity of the Republic of Poland As the legend has it, the Castle at the hill was linked to the cave by an underground passage, and the ghost of Adam Naruszewicz still walks down a hidden path, to ponder upon the fate of Poland in the Temple of Contemplation.